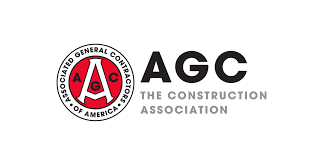 Divergent trends are emerging for construction costs, as indicated by producer price indexes (PPIs) for June that the Bureau of Labor Statistics (BLS) posted on Friday. AGC posted tables showing PPIs relevant to construction. The PPI for new nonresidential building construction—a measure of the price that contractors say they would charge to build a fixed set of buildings—declined 0.3% for the month, following a 0.1% dip in May. The year-over-year (y/y) increase of 2.2% compared with a rise of 5.5% a year earlier and was the smallest y/y increase since June 2017. Increases in PPIs for subcontractors’ new, repair and maintenance work on nonresidential buildings ranged from 1.9% y/y for concrete contractors to 2.1% for plumbing contractors, 3.2% for electrical contractors and 3.7% for roofing contractors. The PPI for inputs to construction—a measure of both goods (55%) and services (45%) used i n every type of construction—increased 1.0%, not seasonally adjusted, from May to June, following a rise of 0.6% from April to May, although the index declined 1.4% y/y. The volatility was driven by the PPI for energy for construction, which jumped 22% in June and 10% in May but nevertheless plunged 31% y/y. The PPI for non-energy goods inputs rose 0.5% for the month and 1.2% y/y. The index for services inputs declined 0.4% in June but increased 0.8% y/y. Items important to construction with large 1- or 12-month changes include: diesel fuel, up 27% for the month but down 33% y/y; aluminum mill shapes, -0.4% and -14%, respectively; steel mill products, -1.0% and -12%; and lumber and plywood, 5.7% and 6.6%. Prices diverged sharply within some of these categories. For instance, the PPI for fabricated structural metal for non-industrial buildings, used in remodeling office and retail buildings, climbed 12% for the month and year, while that used for bridges slumped 9% and 12%, respectively.

A quarterly survey of heavy construction materials firms found a sharp disparity among end-markets, investment research firm Thompson Research Group (TRG) reported on Friday. There was no impact on public projects for 83% of respondents and a negative impact, with current projects halting for 17%, compared to 36% and 64%, respectively, for nonresidential/commercial markets. “Feedback from contacts across the U.S. point towards public work largely, but with some outliers, continuing at a normal pace but with project margins beginning to tighten. Additionally, contacts have pointed towards quasi-public projects like railroads and energy projects as being critical to maintaining their business during the COVID slowdown in their regions….Work in the data center and warehouse market appears to be proceeding at a furious pace as IT and e-commerce companies struggle to keep up with demand. TRG has heard from multiple points o f contact that data warehouses cannot be built fast enough while warehouse and distribution centers continue to expand rapidly. Conversely, in several markets TRG industry contacts tell us new retail and hospitality projects are being tabled….Aggregates remains the best positioned for pricing strength into [the second half of 2020], supported by volume visibility from funded infrastructure-related projects that continue to move forward despite COVID-19 disruptions. Cement price increases originally scheduled for April 1 were mostly delayed until June 1 to get greater clarity around the impact to demand. Results of the increase vary by market and player, with some regions experiencing better demand than others (supportive of an increase) and some areas being less receptive to the full increase. Private construction trends are a key indicator for what regions are able to support a price increase that will stick through the rest of the year.”

Lumber and plywood prices “have soared because of booming demand from home builders making up for lost time, a [do-it-yourself] explosion sparked by stay-at-home orders and a race among restaurants and bars to install outdoor seating areas,” the Wall Street Journal reported on Friday. “Lumber futures are up more than 85% since April 1…above the pre-pandemic high…set during the hottest home-building market since 2006.” In contrast, “more than $8.5 billion of work planned in 14 states and 19 localities—from major highway projects to local street repairs—has been canceled or delayed, according to the American Road and Transportation Builders Association,” the Washington Post reported on Sunday. In addition, “about a dozen proposals to increase funding…have been canceled or pulled from ballots.”

There were 365,000 job openings in construction, not seasonally adjusted, at the end of May, the second-highest May total in the 20-year history of the data and down just 2% from the May 2019 record total of 373,000, BLS reported on Tuesday in its latest Job Openings and Labor Turnover Survey (JOLTS) release. Construction firms hired 769,000 employees in May, double the 380,000 hired in April and the most, by far, for any month since the series began. Layoffs and discharges plummeted to 174,000 from record-setting totals in March (611,000) and April (683,000). Quits declined by 42% y/y, from 159,000 in May 2019 to 92,000, the lowest May total since 2012. These large swings are consistent with total employment data for construction, which plunged by over 1 million in March and April, then rebounded by more than 600,000 th rough mid-June. (BLS reports employment based on the payroll period that includes the 12th of each month.)